The Often-Overlooked Threat Of Cryptojacking

Cryptocurrency in a Nutshell

Cryptocurrency is a form of digital payment used to purchase items online. The currency uses "coins," which are encrypted for security, thus the name cryptocurrency. There are many types of cryptocurrencies, but Bitcoin is currently the most popular.

Cryptocurrencies are based on blockchain technology. Using Bitcoin as an example, when a digital transaction occurs, a bitcoin is transmitted to a distributed network of computers. To approve the transaction, a computer must solve a series of algorithms before the bitcoin is entered as a block in a digital ledger. This problem-solving is called mining. Crypto miners compete to be the first to finish a block because they are then rewarded in the form of a cryptocurrency payment. After the transaction is confirmed by the first miner, it is added as a block to a distributed database called a ledger. A majority of the other mining computers on the network must then confirm the transaction. The entire cryptocurrency confirmation process is known as "proof of work."

The biggest problem with the proof of work concept is that it requires an ever-increasing amount of computing resources — which individual crypto miners typically don't have. This has led to groups of miners pooling their resources and splitting the cryptocurrency profits. It has also led to increasing reports of cryptojacking.

Cryptojacking is basically hijacking a computer, tablet, smartphone, or other device and using its computing power for crypto mining. This reduces the miner's overhead and provides greater profit.

Cryptojacking and the Threat for your Network

Although cryptojacking typically concerns individual computer users, there are ways it can affect your network. Cryptojacking malware doesn't harm computers or steal data like most malware threats, it uses up computing resources and electricity. One computer hijacked isn't an issue, but when it affects many computers on the network, it becomes a big problem. It can be especially troublesome if the cryptojacking code installs itself on your servers. And many types of cryptojacking malware have worming capabilities and can spread to other computers. The cryptojack attack slows down the network, increases electricity costs, and ties up help desk resources. Cryptojack attacks usually hide themselves so it's often difficult for network security managers to detect them other than a slow down of your network and high CPU usage.

Preventing Cryptojacking on your Networks

Although cryptojacking for crypto mining has not been a major concern of most network managers, that is likely to change. As cryptocurrency use increases, and mining it becomes more profitable, cryptojacking incidents will likely become an increasing threat to computer networks.

Talk to a network security management professional for more information. 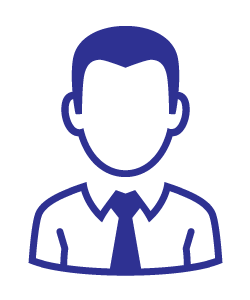 After I started having problems following other technologies, I realized that I needed to work harder to stay on top of new information. I began focusing more seriously on reading different literature about technology, and it was really cool to see just how much different companies could help. We updated our software programming and installed some new equipment, and it was nice to see how much of an improvement things made. I wanted to start this website to help other people to understand and apply new technology each and every single day. Read more on this blog to find out what you might have missed along the way.